Entangled History in the Americas. Environment and Society

Entangled History in the Americas. Climate, Environment, and Society

I am professor for Entangled History in the Americas (16th to 19th centuries) at Bielefeld University, Germany. I was trained as an economic, social, and environmental historian at the University of Bern, Switzerland and received my PhD from Ruhr-University Bochum, Germany in 2014, while the research for my dissertation project was funded by a fellowship at the Institute for Advanced Study in the Humanities Essen (KWI).

My current research focus brings together environmental history, and specifically climate impact- and disaster history with the perspective of entangled history(ies). In this context I am also interested in the Anthropocene and its important (and unequal) pre-history in the Americas.
My geographical focus has so far been mostly on North America and is now shifting to the Caribbean and deeper into the colonial/ early modern period with my third book project. It is tentatively entitled Encountering the Tropics and Transforming Unfamiliar Environments in the Caribbean, 1492 to 1804, and focuses on what notions of "nature" and  agricultural practices Spanish, French, and British settlers brought to Hispaniola/ Saint Domingue and Jamaica; and  how both shaped - and at the same time were re-shaped by - the unfamiliar local environment, climate, and indigenous societies. The focus is hence, on the parallel transformation of societies and natural environments and the tight entanglement and mutual permeation of these spheres through existing (indigenous), imported (European and African), and newly developed (creolized) practices in the succeeding centuries up to the Haitian Revolution.

Together with three colleagues from the faculties of physics and biology of Bielefeld University, I have co-founded the lecture series Lectures for Future Bielefeld in October 2019, which brings together scientists across disciplines to discuss the multiple crises of the Anthropocene and their possible solutions. The lectures are specifically aimed not just at an academic audience but at the wider public. 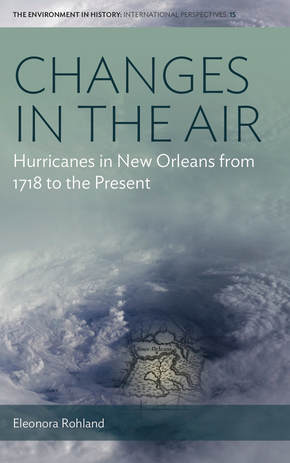 “As New Orleans celebrates its tricentennial, this book would be a great read for the history enthusiast, or anyone wanting to better understand the social, political, and technical ways in which the Crescent City has endured for more than 300 years.” • Choice


Hurricanes have been a constant in the history of New Orleans. Since before its settlement as a French colony in the eighteenth century, the land entwined between Lake Pontchartrain and the Mississippi River has been lashed by powerful Gulf storms.  Time and again, these hurricanes have wrought immeasurable loss and devastation, spurring reinvention and ingenuity on the part of inhabitants. Changes in the Air offers a rich and thoroughly researched history of how hurricanes have shaped and reshaped New Orleans from the colonial era to the present day, focusing on how its residents have adapted to a uniquely unpredictable and destructive environment across more than three centuries.

The book appeared in the Environmental History: International Perspectives Series of the Rachel Carson Center for Environment and Society at Berghahn Books in 2019. The paperback version was published in December 2021 and can be ordered from the Berghahn website. The introduction is available free of charge here. 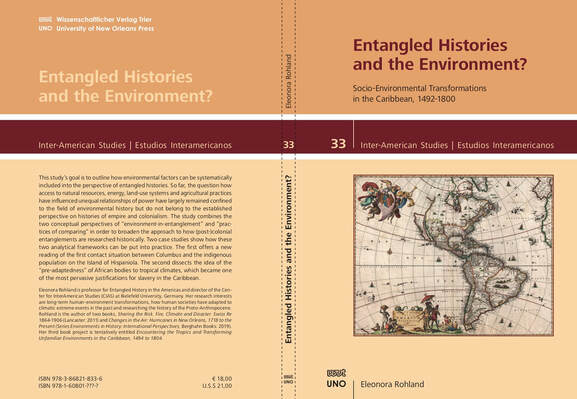 This study's goal is to outline how environmental factors can be systematically included into the perspective of entangled histories. So far, the question how access to natural resources, energy, land-use systems and agricultural practices has influenced unequal relationships of power have largely remained confined to the field of environmental history but do not belong to the established perspective on histories of empire and colonialism. The study combines the two conceptual perspectives of "environment-in-entanglement" and "practices of comparing" in order to broaden the approach to how (post-)colonial entanglements are researched historically. 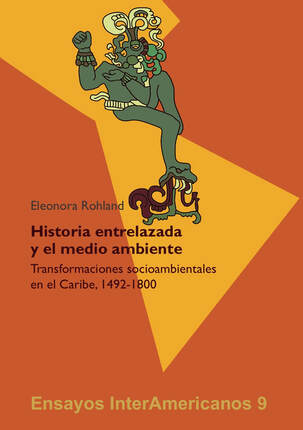 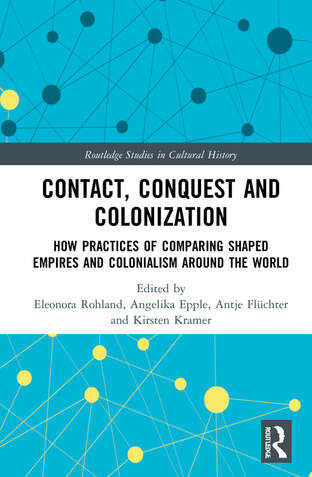 Contact, Conquest and Colonization brings together international historians and literary studies scholars in order to explore the force of practices of comparing in shaping empires and colonial relations at different points in time and around the globe.
Whenever there was cultural contact in the context of European colonization and empire-building, historical records teem with comparisons among those cultures. This edited volume focuses on what historical agents actually do when they compare, rather than on comparison as an analytic method. Its contributors are thus interested in the ‘doing of comparison’, and explore the force of these practices of comparing in shaping empires and (post-)colonial relations between the sixteenth and twentieth centuries.

This collected volume was published in 2021 in the series Routledge Studies in Cultural History and can be ordered from the Routledge website. 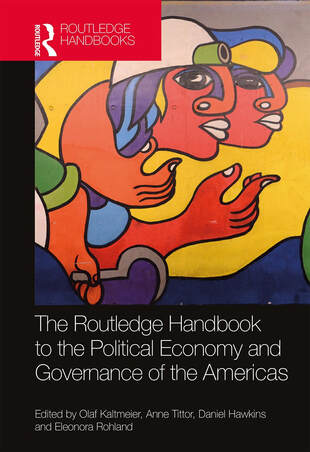 This handbook explores the political economy and governance of the Americas, placing particularemphasis on collective and intertwined experiences. Forty-six chapters cover a range of Inter-American key concepts and dynamics.


The flow of peoples, goods, resources, knowledge and finances have on the one hand promoted interdependence and integration that cut across borders and link the countries of North and South America (including the Caribbean) together. On the other hand, they have contributed to profound asymmetries between different places. The nature of this transversally related and multiply interconnected hemispheric region can only be captured through a transnational, multidisciplinary and comprehensive approach. This handbook examines the direct and indirect political interventions, geopolitical imaginaries, inequalities, interlinked economic developments and the forms of appropriation of the vast natural resources in the Americas. Expert contributors give a comprehensive overview of the theories, practices and geographies that have shaped the economic dynamics of the region and their impact on both the political and natural landscape.


This multidisciplinary approach will be of interest to a broad array of academic scholars and students in history, sociology, geography, economics and political science, as well as cultural, postcolonial, environmental and globalization studies.

This is volume II of the three volumes series. It appeared in January 2020 with Routledge. The table of contents can be acessed here. 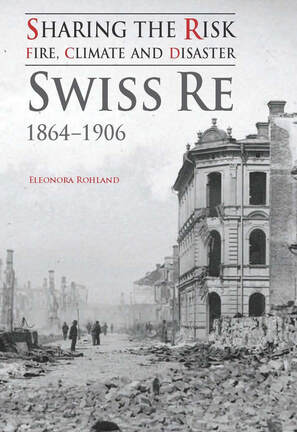 In 1861 the Swiss town of Glarus was destroyed by fire. The conflagration was the direct spur for the creation of Swiss Re, which has now become one of the world's largest re-insurers. Today, the company has left the struggles of its founding years far behind. The book focuses on these 'birth pains' and follows the development of the company up to one of its largest loss cases: the earthquake and fire of San Francisco in 1906. It is rooted in business as well as in environmental history, thus contributing to a field which may be called environmental business history.

The book appeared with Carnegie Publishing/Crucible Books: Lancashire in 2011 and can be downloaded here.

I regularly teach courses in Bielefeld University's History MA and its international MA program InterAmerican Studies (IAS), mostly environmental history of the colonial Americas (e.g. focusing on climate, food, energy or resources etc.) but also more general themes, such as the Age of Revolutions or transatlantic and inter-American migration. It is an interdisciplinary MA program that attracts students from all over the world, many of course from the Americas, but also from countries of the Near East and Asia. I also teach courses in Bielefeld's history BA.

The Past is a foreign country -
people do things differently there.